On the heels of their Catching Z‘s mixtape and Altered States label launch, Zeds Dead announced a 13-stop Deadbeats: The Revival Tour throughout the United States, set to begin this fall. The Canadian duo are one of the first acts to announce a full capacity tour after the COVID-19 pandemic resulted in live event shutdowns and postponements across the world.

The tour, Zeds Dead’s first in more than a year, will begin with a New York City performance at Electric Zoo, and will bring the artists to locations across the country including Los Angeles, Salt Lake City, Seattle, and more. Featured Deadbeats acts will also be performing alongside the duo. Zeds Dead minted their new Altered States label in celebration of Deadbeat’s five year anniversary, and the pair have kept their output high as shows have been halted, meaning fans will be welcomed back to dancefloors with a host of new music from DC and Hooks. 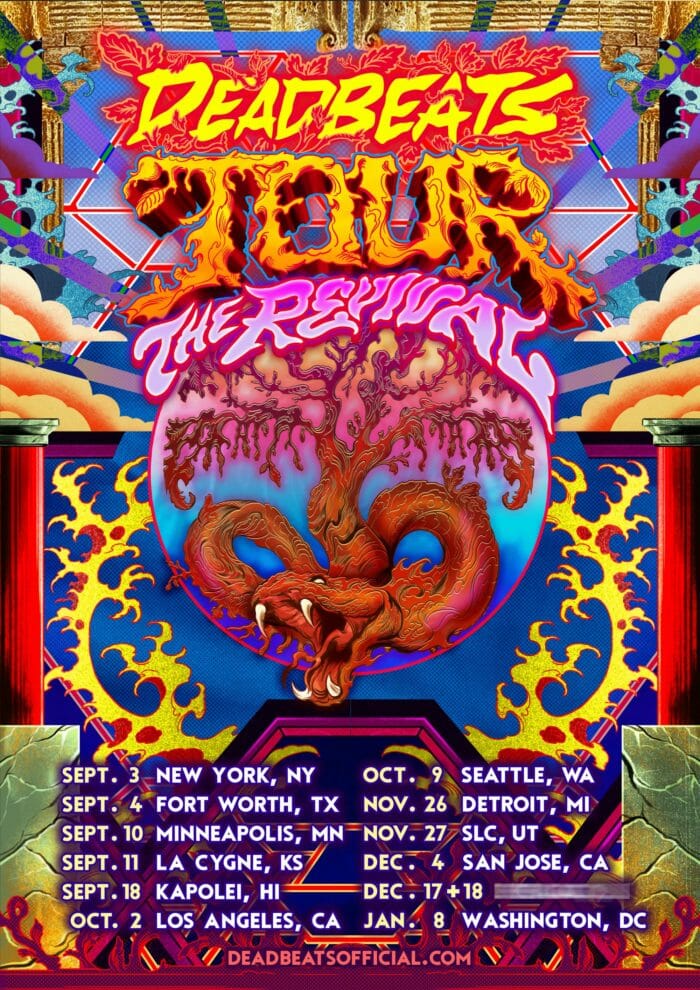