We’re thrilled to launch the 30th edition of XLR8R+, and it’s packed with extras!

It’s been more than a year and a half since we launched XLR8R+, hoping to give a platform to independent artists, and we’re so happy to be seeing see our community growing as each day passes. Whether you’re coming for the exclusive tracks, the submissions, or the editorial, we appreciate your continued support. In line with this project’s ethos, we’re using this month’s edition to shine a spotlight on rising talents, while also capturing artists at the top of their game.

We open the edition with a deep, atmospheric work from Merrin Karras, the ambient alias of Ireland’s Brendan Gregoriy, who is widely known for his work as Chymera. “Still Life” is a fusion of two of his latest sketches that he’s fleshed out into a beautiful downtempo track. Next up is Aspetuck, a rising American producer from Vermont whom we discovered via our submissions portal. He’s delivered two tracks for this edition, “Doldrums” and “Itchy,” both with subtle atmospheric textures, intelligent grooves, and patient arrangements. We close the edition with “Disconsolate,” a dancefloor weapon from Titonton Duvanté, a master of the groove from the midwest underground.

As extras, we’ve provided a Studio Essentials feature with Aspetuck, where he explores the key pieces of gear behind his sound, and an Ableton feature with Merrin Karras with the Live Project file!

We hope you enjoy the music.

The music, PDF zine, and wallpaper art can be downloaded once you SUBSCRIBE HERE. If you’re already a subscriber, you can download the package below. 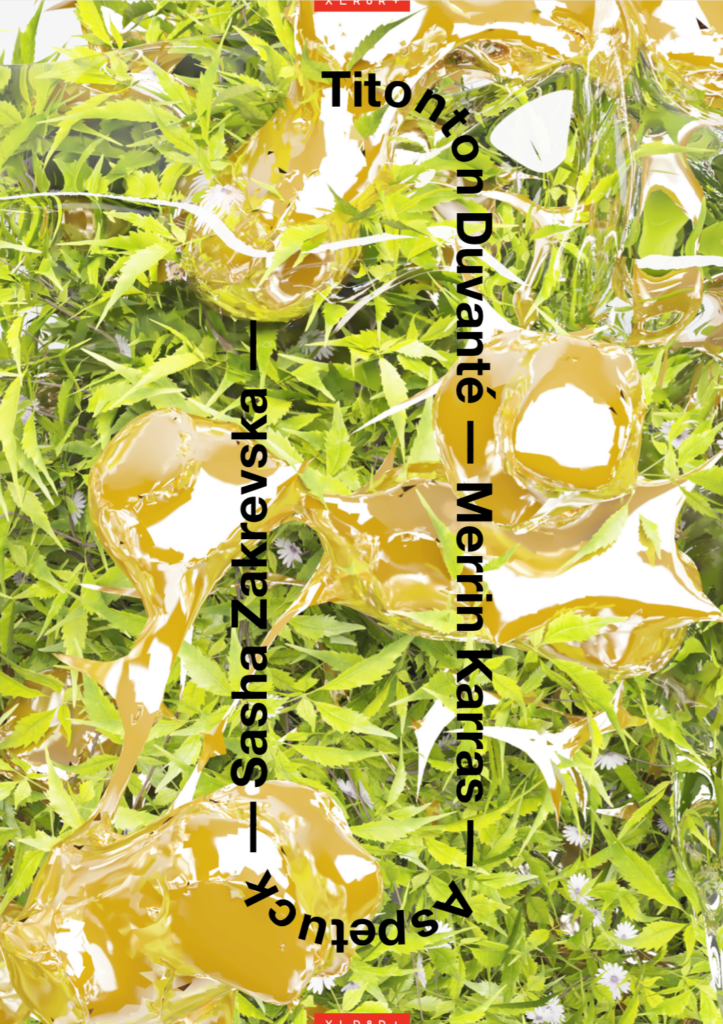 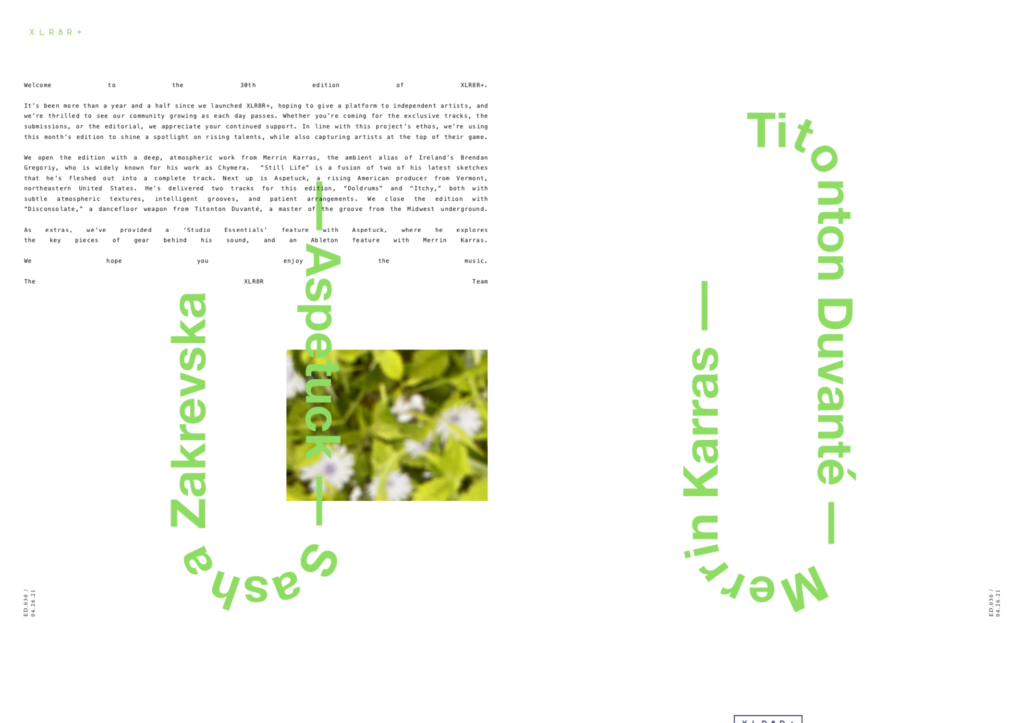 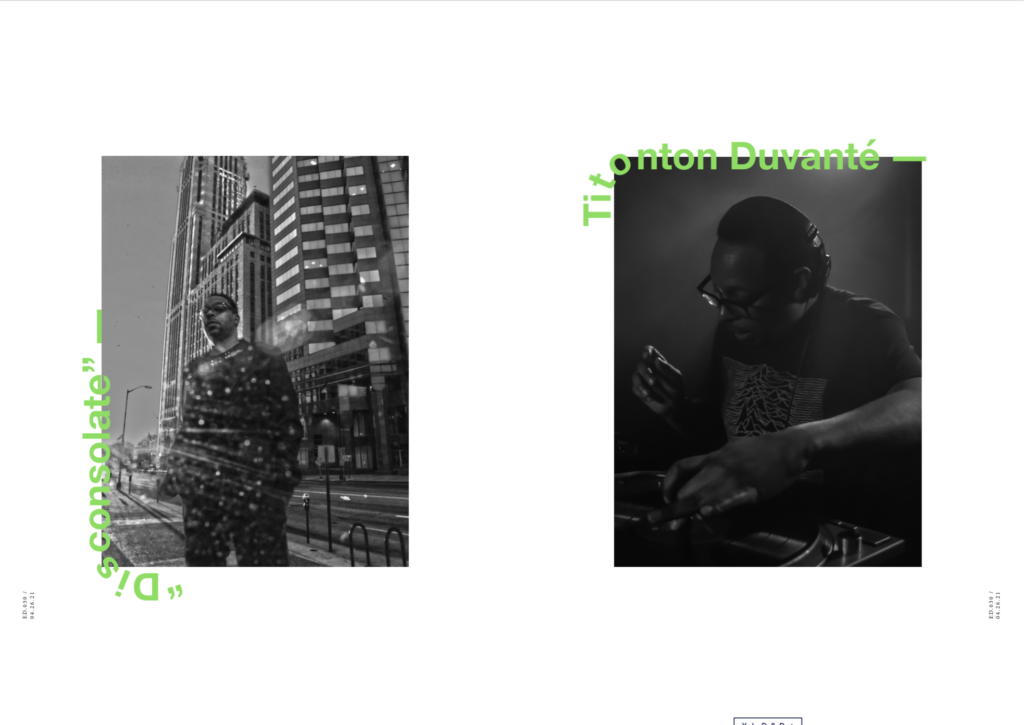 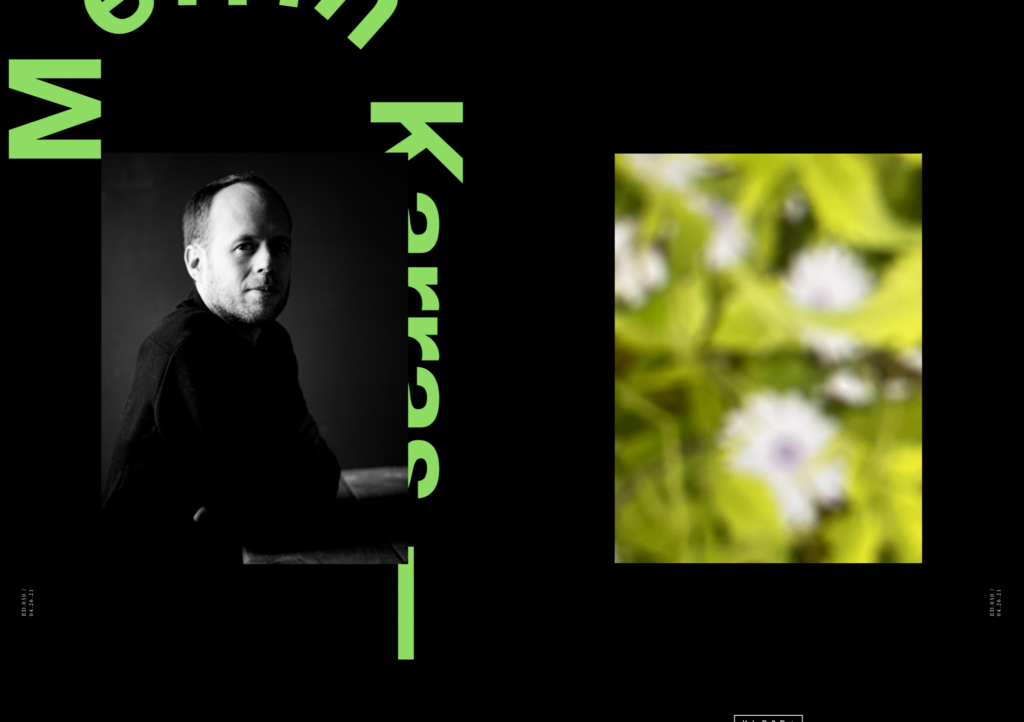 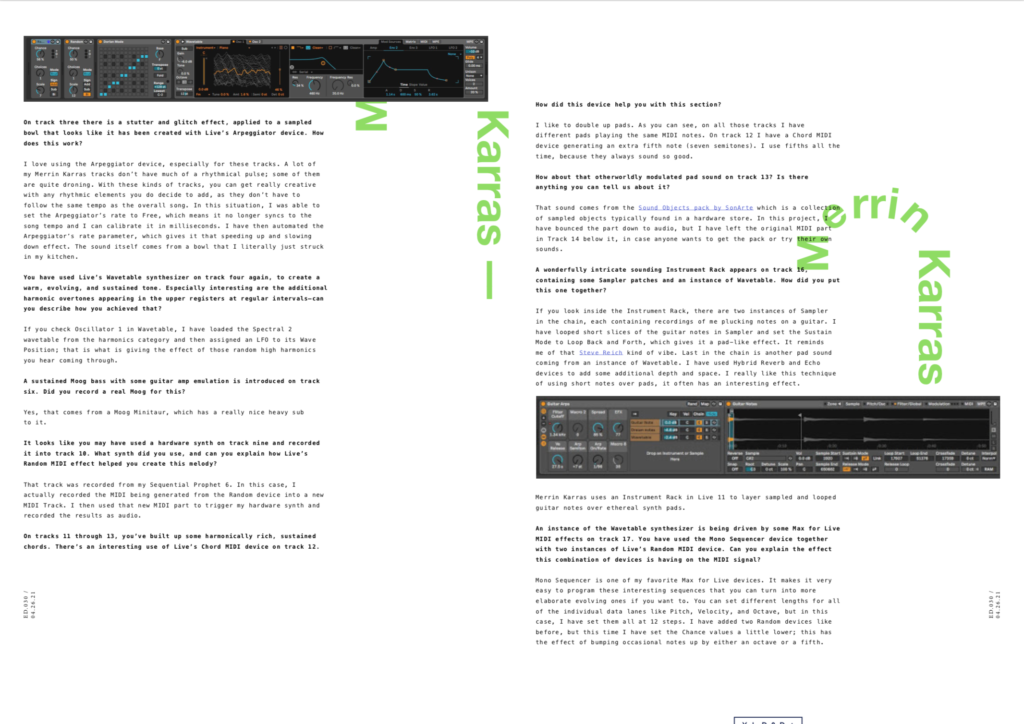 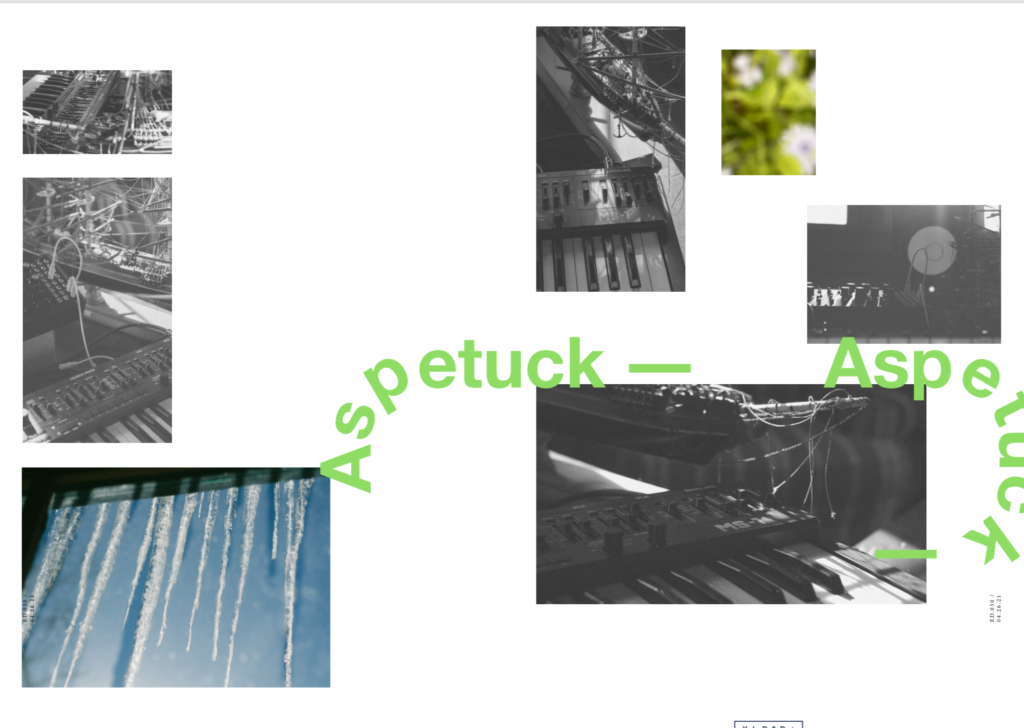