eobseubnida is the debut EP from the Grenoble-based artist xl.iks, who returns to Lyon label Comic Sans following appearances on various label compilations. xl.iks is described by the label as a “4.0 romantic sound designer”, and his debut solo project sees him oscillating between “tortured beats” and “mellow synths’, using a highly-detailed IDM sound palette to explore an inner duality of harsh noise and emo melody. eobseubnida is a reflection on the porous membrane between contemporary reality and virtual worlds, a liminality that is dramatised in digital artist Jack Anderson’s head-spinning visual treatment of ‘kkububun2’, a highlight from the EP. 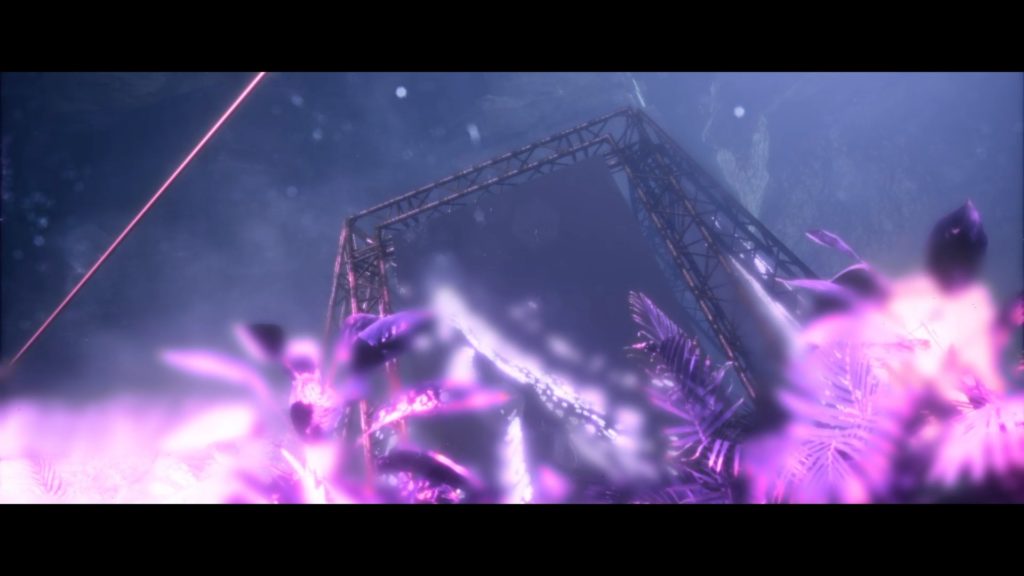 Blending strange mechanical structures, alien lighting and dense, dark vegetation, Anderson creates an immersive audiovisual landscape that typifies the thin lines between material and immaterial existence that xl.iks charts across the EP’s five tracks. Projecting stroboscopic blasts of energy out into the depths of a deserted and ancient forest, thick electricity pylons stretching from rusty scaffolding over lush ferns, Anderson’s universe is one in which the natural and the man-made coexist in absurd equilibrium, a symbiosis unaffected by the presence of humans. Staging a high-concept AV show in the middle of nowhere to no-one, Anderson perfectly captures the feeling of making art in 2021. 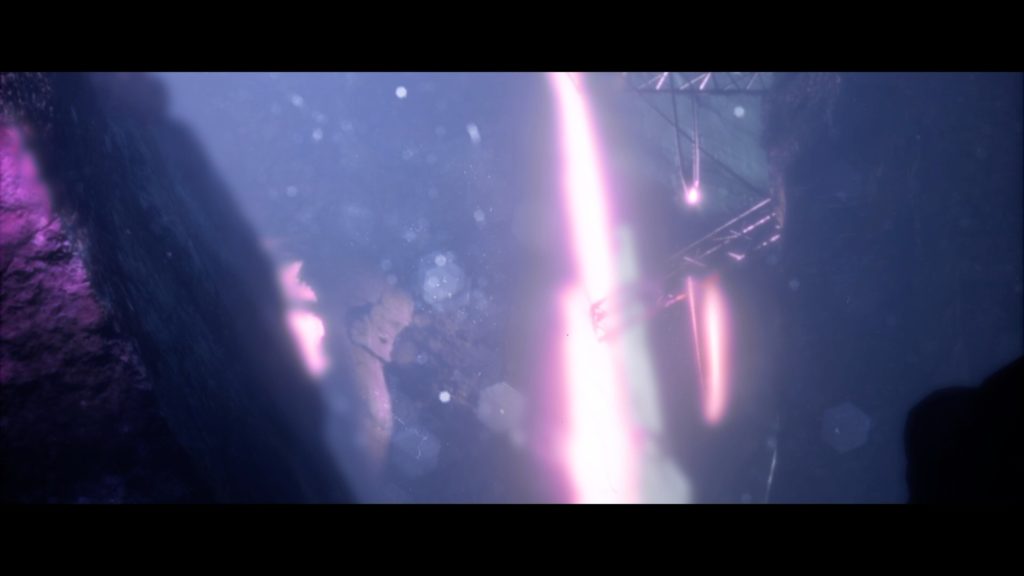 “The main theme for this release was about derealisation phases,” explains xl.iks. “These are phases where you think you’re seeing your life as in a movie, that everything around you is a dream, you’re seeing objects almost like 3D objects, you don’t know what’s real and what’s not anymore. The separation of body and spirit.” Working closely with Comic Sans Records’ art director Virgile Flores on the visual world of the release, the producer drew inspiration from David Cronenberg’s infamous 1999 film eXistenZ. “He had a lot of images as references concerning plastic and transparent textures, super organic bodies,” explains Flores. 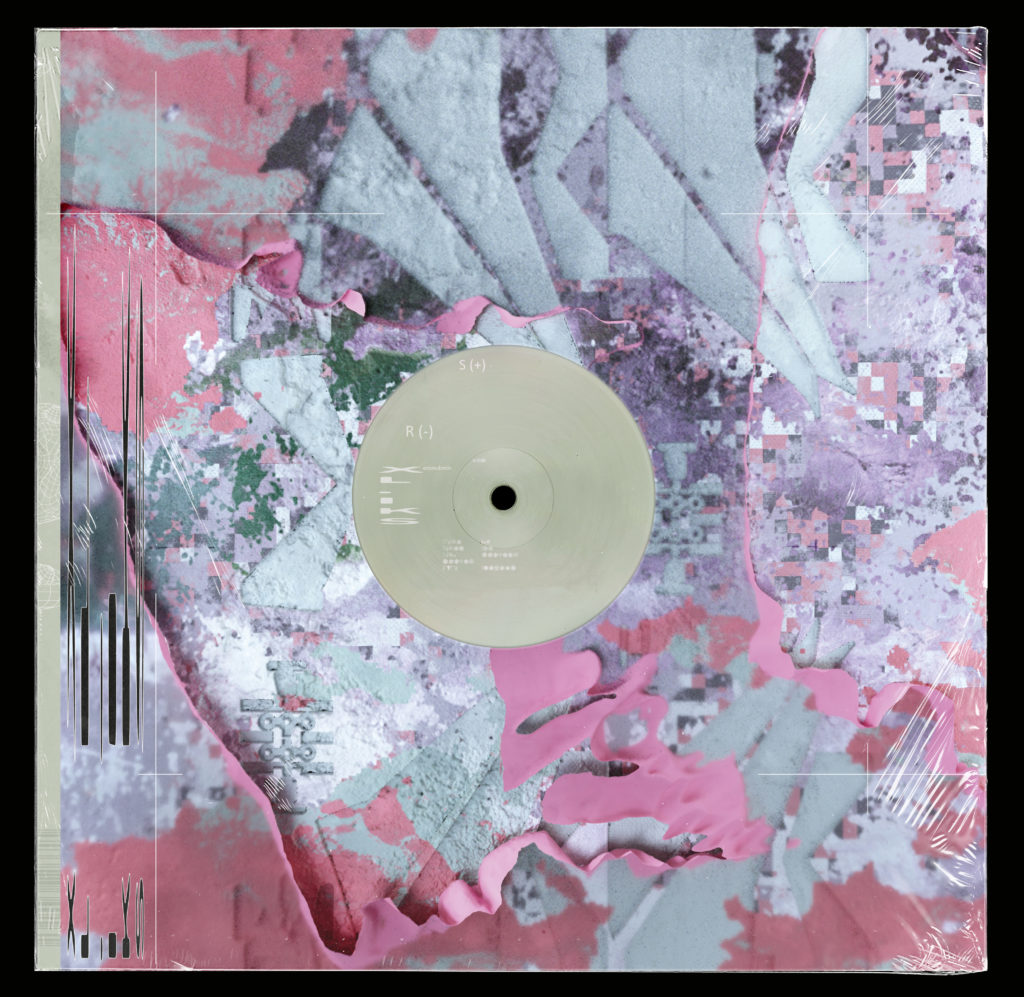 “This movie gathers so many things that are related to what we just said,” he continues. “Organic shapes, the relationship between dreams and reality, the separation of the body and spirit. That was the main focus and theme for both the music and the visual part of the release. This is why we decided to add Jack to the team, to have a 3D space as a front cover, with transparencies, textures and match that with visuals with more cold and technical graphics on the labels. We also decided to put a graveyard of elements that weren’t use for the cover itself, unreleased track names, alternated 3D renders etc.” 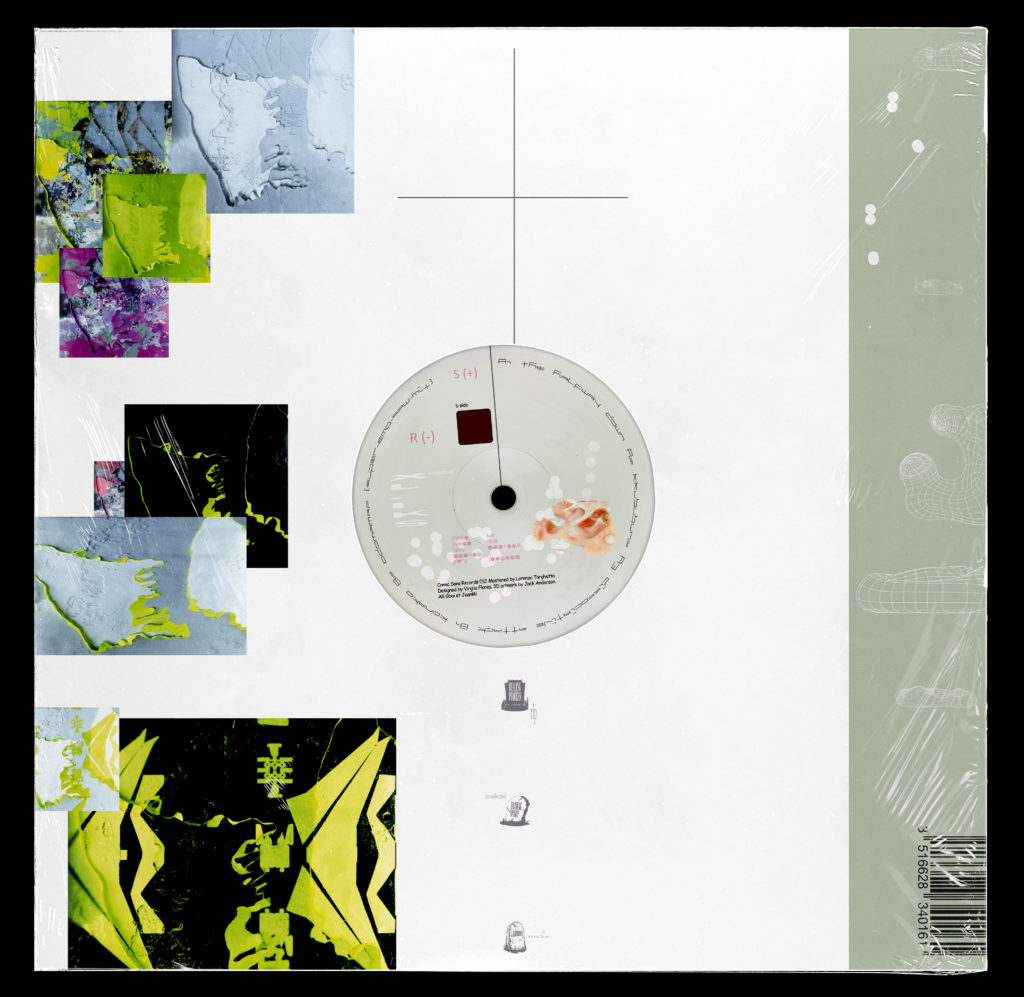 ‘kkububun2’ is taken from eobseubnida, which is out now on Comic Sans Records. For more information about xl.iks, you can follow him on Instagram. The release was Composed by Jean-Baptiste Arthus and mastered by Lorenzo Targhetta, with A&R from GBoi & Jean Mi and art direction from Virgile Flores.