The dynamics of Guetta’s photorealistic avatar are enough to make a rocket scientist swoon.

David Guetta has performed in so many places on Earth that he essentially had nowhere to turn but the metaverse.

Back in September 2020, Guetta announced a partnership with Sensorium Corporation, a company positioning itself as a disruptor of the intersection of virtual reality and live music with its flagship social VR platform. The alliance will find Guetta creating a series of exclusive performances in the immersive Sensorium Galaxy, which is angling to go public later in 2021.

The French dance music vet will be performing in PRISM, one of Sensorium Galaxy’s first two worlds to be debuted. Developed in partnership with fabled nightlife mogul Yann Pissenem, PRISM will feature virtual AI-driven performances from Guetta and a number of his iconic contemporaries, such as Carl Cox, Armin van Buuren, and Black Coffee, among others. 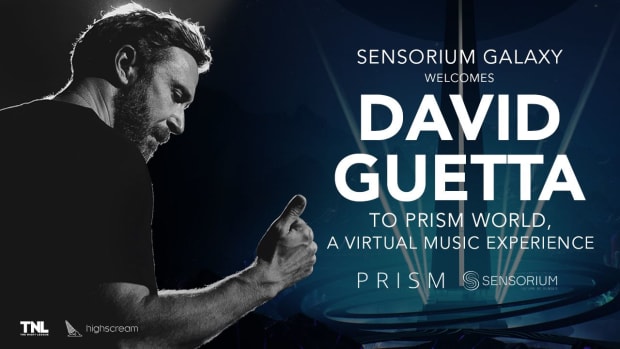 “Sensorium Galaxy is revolutionizing how the arts are created, distributed, and enjoyed,” said Vladimir Kedrinsky, CEO at Sensorium Corporation. “From music festivals to dance shows, we’re creating the world’s first social metaverse where everyone can get together, experience high-quality virtual content, and find new opportunities for self-expression.”

Developers recently announced a private, invite-only beta test of the immersive platform ahead of its public launch in Q2 2021. According to a press release, the team behind Sensorium Galaxy have launched the beta phase to monitor critical technological applications, such as the platform launcher, avatar customization system, and an array of audio-reactive visualizations, among other features.

Sensorium also notes avatar dynamics as one of its “core components,” which will contribute to an optimal end-user experience. Today the company shared a behind-the-scenes video offering a glimpse into how they developed Guetta’s avatar, capturing his facial expressions and mapping his signature moves and DJing techniques with cutting edge technology.

You can watch the behind-the-scenes video of Guetta’s avatar development, which he called a “crazy experience,” below.