Flight Facilities will join the trio in November 2021 at Los Angeles’ Banc of California Stadium.

After a year devoid of concerts, RÜFÜS DU SOL is going big with their return.

The celebrated electronic group have announced the biggest headline show of their sterling career after sharing the news of a momentous concert in Los Angeles. The show will go down at Banc of California Stadium on Friday, November 12th, and will also feature Australian compatriots Flight Facilities.

Banc of California Stadium is currently the home of Major League Soccer’s Los Angeles FC and soon to be the home of the National Women’s Soccer League’s Angel City FC. The arena’s capacity is 22,000, which eclipses the career-high 20,500-person show RÜFÜS DU SOL performed in 2019 at LA Historic Park. 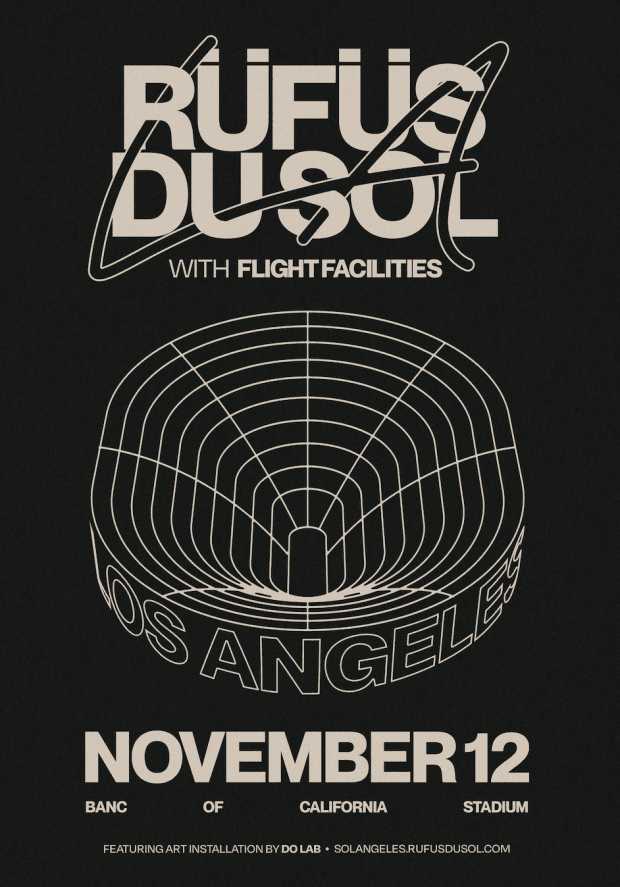 Fans of Do LaB will be thrilled to hear that RÜFÜS DU SOL has joined forces with the popular event producer to bring their signature art installations to the event. Do LaB and RÜFÜS DU SOL have enjoyed a long creative partnership since as early as 2016, when the trio played a surprise DJ set at the brand’s famed Coachella stage.

Back in December 2020 the news of RÜFÜS DU SOL’s yet-to-be-named fourth studio album was confirmed by Kobalt Music Group, the trio’s neighboring rights agent. The album does not have a concrete release date at this time, but it’s fair to wonder if they will debut new music at the SoCal headline show.