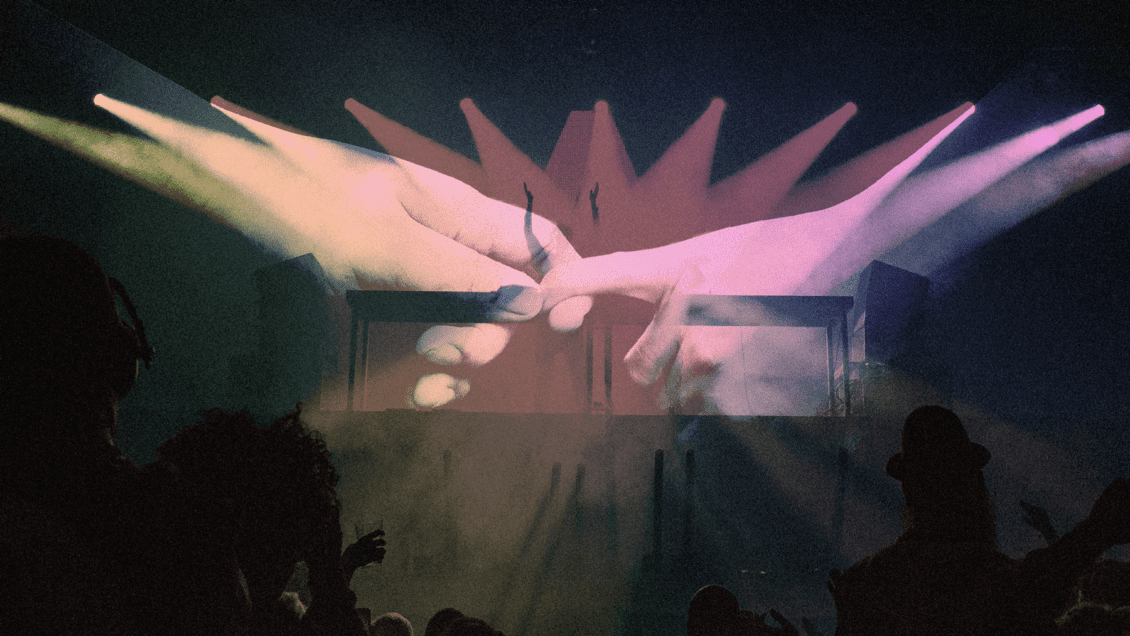 We all hoped the pandemic would be a time for dance music and club culture to ‘re-set’ but a return to business techno as usual seems much more likley. So how can we rebuild the kind of scene that we want?

There’s been lots of talk over the last 12 months about how the pandemic is a chance for some kind of new start for dance music. That we can use this period of enforced inactivity to somehow relaunch dance music and club culture in our own image and that covid is actually an opportunity for us to remake the scene into something more inclusive and more authentic. I’ve said the same myself, that perhaps this is a chance for a fresh beginning.

But a brief look at some larger event line-up announcements over the last few weeks and it’s clear that we’re seeing the same old big names, including plenty of plague rave DJs getting booked. I get it, it’s probably last year’s line-ups rescheduled, but it also led to a moment of realisation. The idea that this pause in clubland would magically self-generate a new scene, devoid of plastic Insta-DJs, where everyone had an equal chance and an equal opportunity, that was just a tale I told myself, an idea to take comfort in during these dark days. But like all vaguely hippy dreams, it may have had the best intentions but at heart was pretty meaningless. It’s very much going to be business as usual. And yes, business techno as usual.

Club culture’s revulsion at the plague rave DJs demonstrates that this desire for some kind of re-boot in dance music isn’t just sentimental nostalgia for a golden age, it’s an expression of our core values.

But I think it’s worth looking at these ill-defined dreams some of us have had over the last year. What did we really mean we said we hoped for a fresh start? It seems to me that those of us who have expressed this sentiment are united in a vague hankering for some kind of return to the past. And in these backwards-facing longings, there are various ideas: an inclusive, tolerant and diverse scene, one where DJs are booked because they’re good, not because they’re famous. It’s a scene where we dance rather than standing and filming the DJs, where DJs play tunes because they love them not because they’ll be able to execute a smooth transition. It’s a cry for some kind of return to an idealised memory of the past, a yearning for authenticity, realness, real parties, real vibes.

Focusing on the past as some kind of misty-eyed hinterland we need to return to can be problematic, blinding us to the wonders of contemporary club life. Because there’s no doubt that, post-covid, there’s going to be some utterly sublime parties going off. But these dreams of ours, for a post-covid club reset, all spring from the same source.

They all come from genuine concerns that capital has taken our culture, bleached it, repackaged it, and now re-presents a beige, image-obsessed version of it to the masses. And that this process is detrimental to our scene, putting unrealistic pressures on DJs to constantly deliver Instagram breakdown moments, for producers to make tunes with epic breakdowns to generate these moments, and ‘training’ new clubbers in how to stand and film the DJ rather than create the party by taking part. And further, that the continued encroachment of commercial forces onto the techno and house scene is creating in clubs and festivals a mirror image of the larger political hegemony, one which reproduces racism and misogyny.

Certainly, we can see in our scene a depressing microcosm of the larger political scene where politicians regularly indulge in behaviour that a couple of decades ago would have got them sacked. Among the many effects of covid has been the big reveal of the rotten heart at the centre of much of DJ culture, with wealthy DJs jetting around covid hotspots, attempting to stay under the social media radar whilst they rake in the sheets at the expense of the health of local, usually not white, populations. And plague rave DJs, their management, promotors and ticket sellers all appear to have emerged unscathed from the pandemic, and are now back at work, as though nothing untoward had happened in the last 12 months.

Capital isn’t about to retreat from dance music in some utopian revolution of beats, MDMA and love

Club culture’s revulsion at the plague rave DJs demonstrates that this desire for some kind of re-boot in dance music isn’t just sentimental nostalgia for a golden age, it’s an expression of our core values. But there isn’t going to be a huge re-set: capital isn’t about to retreat from dance music in some utopian revolution of beats, MDMA and love. Rather, the fight is way more prosaic, more mundane.

The battle for authenticity takes place each day, in tiny, perhaps seemingly insignificant ways. It’s about booking DJs for reasons of quality, not popularity, and ensuring we give equal value and opportunity to all DJs and producers. It’s about considering which events we give out money to, it’s about not putting up with misogyny or racism on your timeline, calling out abuse if you see it. It’s about being the change you want to see, creating the kind of scene we want through our individual behaviour.

Yet there’s also a sense that our small, everyday actions and interactions, no matter how well-intentioned, may be meaningless in the face of the huge commercial monoliths who have infiltrated dance music and in the face of the rise of the far-right and the continual decline of standards in public life. That taking back our scene might need more than individual actions. Major social change was rarely achieved merely by individuals trying to be a bit nicer. Major social change always comes from grassroots community movements. So what can we do?

One idea is a trade union for club culture: an international union for DJs, promoters, club owners, booking agents etc. Union movements across the world have bought higher pay, better hours and better sickness benefits to their members. They ensure their members are treated with respect, they push for great inclusivity for women, LGBTQ people and people with disabilities. Unions campaign for safe working environments for their members and back up their members when they run into legal problems. And unions can ensure that their members present a unified response to situations – such as playing gigs during global pandemics for example – providing advice and guidelines on profressional conduct for members as well as the crucial element that is currently missing: member accountability.

It’s just the bare bones of an idea, one that I’m sure is open to critique. But organising ourselves together would provide strength in numbers, and in a world recovering from covid, where DJ and dance music culture are rarely valued by governments, joining together might be a vital step in creating the kind of scene we want.

Travis Scott Fans Petition to Have Him Perform at 2023 Coachella | ...

David Bowie’s The Man Who Fell To Earth film being adapted into ......