Serendipity’s a funny thing, I was throwing around an idea in my head about posting some stuff over the weekend that I’d found when fixing up an old post, and later on that night I got something else that fits right into that theming in my Twitter mentions. The theme of the day is charity, and while I figure out what I’m going to do when it comes to those other examples we’re keeping it local-ish for the time being with Limnetic Villains. 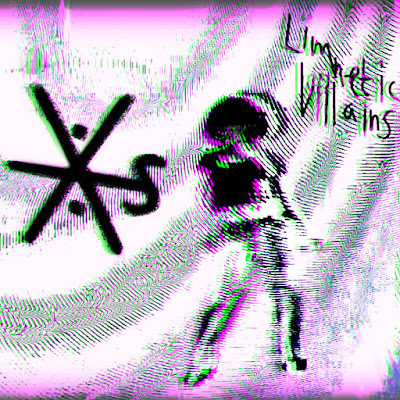 As noted in the sidebar of their bandcamp page – Half of all the music proceeds are now donated to the Irish Cancer Society (and all of them on Bandcamp Fridays if you’re reading this close to one!) – so why not take a trip with me into their discography and support a cause along the way? Multiple Divisions is the latest release and the one I was linked to first – the opening track Papadopoulos caught me a little off guard as it’s surprisingly heavy with those panning bassy tones. The introduction of some super rough sounding drums come the 30 second mark echoes the DIY home recording aesthetic as heard on the likes of Mr. Oizo’s Analog Worms Attack, and by the time it all comes together it reminds me a lot of the kinda stuff Ladytron was making around their debut: the whole thing very much reminds me of a slightly darker take on Mu-Tron the opening track from 604, with perhaps a dash of the old Commodore Rock in there too.

Hattifattener is another early highlight. To veer slightly off topic for a second I recently went back to the Ed Banger compilations of old and was suddenly reminded of their brief dalliance with a more indie sound in Theme from Vicarious Bliss, which I mention because this one in particular reminds me of that kind of indie stuff that would get remixed by the big names of the time back in the bloghouse days. That trend predates even that though, going back even older with Röyksopp’s remix of Kings Of Convenience being a little closer in tone to this – albeit a little softer with the drums and minus the twangy guitar. That Ladytron streak is still there in the electronics, but the jam-session kind of sound on show here is a welcome addition too.

I’d recommend looking over their back-catalogue as well as there’s plenty to go at – I’ve picked a couple other tracks from other releases to showcase here, first being Input from the album before Divisions. It grabbed my attention from the get go as long time readers will know that I have an intense weakness for anything even the slightest bit smooth sounding and the intro to Input did not disappoint, add some beats that sound like they’re a faster cut from an {Artificial Intelligence} Warp era track and you very much have my attention. It’s a very interesting experience for sure as around the 1 minute mark everything goes a bit off kilter, like when the drums come in all out of time in Eno’s Here Come The Warm Jets, to use a non-electronic comparison. And it doesn’t stop there, at the risk of spoiling the experience for first time listeners, there’s a great switch up around the halfway mark where the tempo drops for the remainder of the runtime. The whole thing is this great collision of electronic and acoustic elements, which I know is something I’ve been critical of in the past but I feel like it’s done well here – my usual complaint in that area is leaning too heavily one way or the other and I think Input strikes a nice balance between it’s two halves!

One final opener to see us out, this time Loading from Save, which I may or may not have picked because I liked the play on words it let me do just then. Loading has the kind of bouncy retro warbles you might expect from Ceephax or DMX Krew, especially once it gets going. The breakdowns in the latter half make me think it’s about to mix out into another track, it has that kind of vibe to it (further influencing my recent ‘must make a mixtape’ thoughts). The shortest but perhaps the most electronic of the bunch so far – it nicely foreshadows the other more electronic bits of this album too: from the darker almost dubstep vibes of Primordial Emperor and Unstable Clown to the more IDM infused bits in Machine On and Custard Indigo, the latter of which sounds a little like the more melodic bits of the Analord series from AFX. It might just have eked out the top spot from this quick overview, I’d have to sit down and give it a proper run-through to give 100% confirmation on that though!

As mentioned before, Limnetic Villains is currently giving half of the proceeds to charity (and all of them for sales on BandCamp Fridays) – latest release Multiple Divisions is pay-what-you-want currently, and the rest of their discogs are reasonable priced, usually around €4-7 (which works out around 5 – 8.50 in USD). I appreciate that disposable income is a bit of a luxury that not everyone has a lot of right now, but consider grabbing some of these releases if you like what you hear and are able to! You can get to the individual release pages from the embedded players above, but I’ll also link to their main bandcamp page here as well. And as always – stay safe and enjoy the music.
-CVF[#item_full_content]