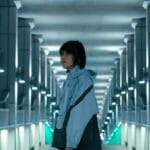 Everyone understood that STMPD RCRDS would author a year to remember when Martin Garrix spread out a wave of 10 looming IDs across his Tomorrowland New Year’s Eve set. Joining alongside six of the now-uncovered bits from the hour-long evening that virtually rounded out 2020, “Never Go Back” steps in as ID number seven at the hands of both STMPD RCRDS returnee Aiobahn and STMPD RCRDS freshman Mick Mazoo.

“Never Go Back” originated when Mazoo was simply scrolling through his Instagram stories and serendipitously happened to hear Aiobahn’s early reading of it. After the two decided to connect their production faculties to turn it into a collaborative effort, they found themselves with an inventive cocktail of melodic, minimalist future house that yields what Aiobahn pinpoints as “something simple but still fun” and wraps up with an absolutely sensational piano-led conclusion.